A Few Words About Us

We are a group of Mountain Guides based in the Dolomites but we love to hike wherever it is breathtaking.

This is the reason why, beyond the Dolomites, we offer hiking tours in some of the most beautiful places of Italy such as the Amalfi Coast, Lake Garda, Tuscany and Glaciers.

We have a great deal of experience hiking with people from all over the world and of all ages.

In addition to safety, during the hike we love to introduce our guests to the local culture of the places we pass through and the nature around us. We offer safety but also knowledge. This is why an excursion in our company is more than just a walking tour. 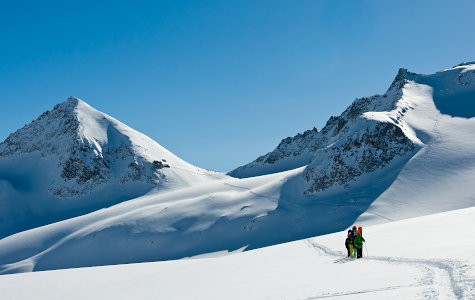 Coming from the world of snow, Guido decided to organize some ski and snowboard freeriding tours. "Freemotion", initially called "Snowmotion", was born.

At that time, not being a guide, Guido hired some local mountain guides who took care of the groups he organized. The first tours were a success and the idea of "Snowmotion" began to take hold.
Guido's tours focused not only on skiing, but also on safety and knowledge of the mountain and its dangers. This focus will become in time a distinctive character of all Freemotion tours. 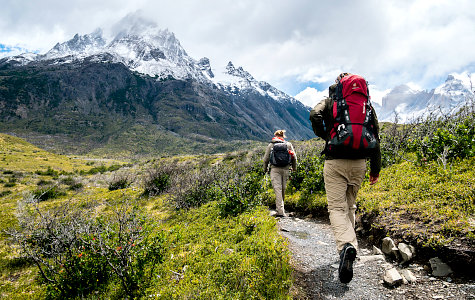 Not just snow, but rocks. Tours have started to be offered during the summer time.

The success of the winter tours and meeting the local guides that would become today's core team of Freemotion, encouraged Guido to start organizing hiking tours during the summer period and to found "Freemotion" as we know it today. During the same period, the small office in the city center of Bolzano was opened. 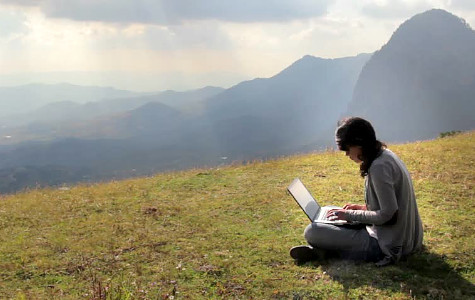 Internet is as big as the whole world, there is no need for an office!

It was a difficult choice, but we knew it would be the best. We decided to close our office in Bolzano and to "exist" only online.
At first it was complicated because we had to set up a new website and get used to being online all the time, it's not easy for guides who are used to living outdoors.
Thanks to modern technology and the spread of connectivity in the mountains, we got used to smartphones and to organize all the tours via email.
The results were not long in coming... 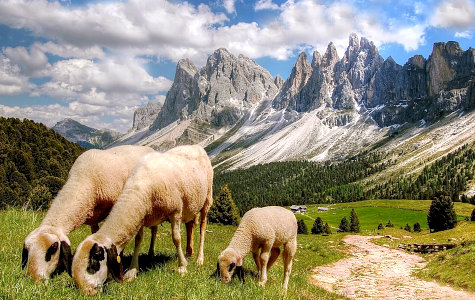 Thanks to online visibility, we started receiving lots of new bookings that allowed us to organize new tours and include more guides in the team.

The choice to "exist" only online has greatly increased the number of requests and this is how we were able to enlarge the team and increase the offer while decreasing costs. After 6 years, most of the organized tours have become more summer excursions than winter experiences. Chiara and Eugenio joined "the group". 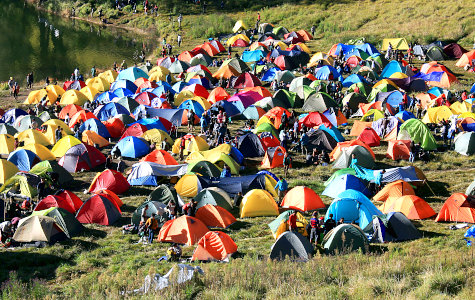 At the end of April our calendar was 90% full. That is why we had to hire even more guides to accommodate all summer requests.

The chance to get bigger was ahead of us. Getting bigger meant having more guests to deal with and more guides to work with. In that summer we got to be up to 10 guides in one day, but we started to see a decrease in quality. This was proof that we were getting too big to offer what we wanted from the beginning. The choice wasn't hard "say no!" At the end of that summer we decided to welcome fewer guests but to offer better quality. 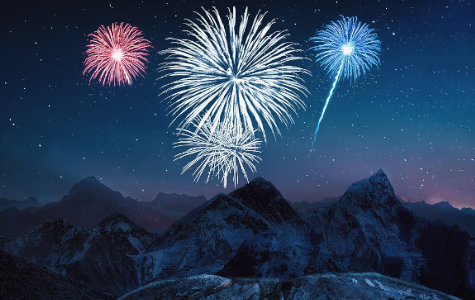 The main road has been taken: fewer guests, more quality!

Once again we made a great choice and even though we have to say "no" to many people, the satisfaction of our guests has clearly increased and this is what we appreciate most.
To see people happy at the end of the day is what makes us happiest. But then, the new coronavirus was about to start to spread... 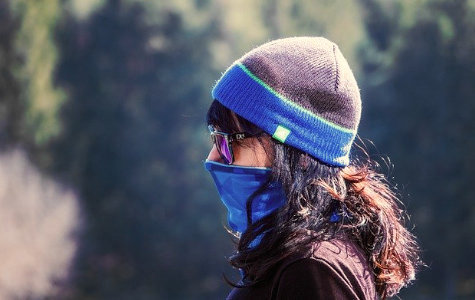 Over 50% of the availability for the summer was already booked, but the spread of covid-19 around the world quickly emptied our entire agenda while we were forced to stay at home...

The pandemic eventually reached the Dolomites and we were all forced to stay at home while the sun shone and fresh snow fell. One of the best spring ever.... just to be seen only through the window... But we all had to stay home to save lives and that's what we did. It was impossible for us to stay home doing nothing but refunding deposits, so we took the opportunity to manually rebuild our website. What you are browsing is the result of over 3 months of work in quarantine! 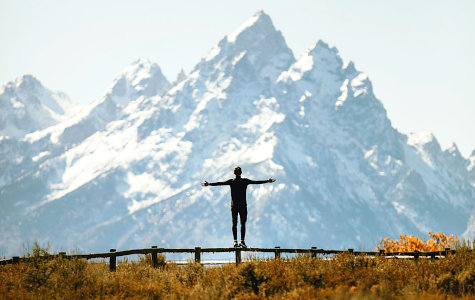 It is time to leave home and start living a new, fantastic life in the Dolomites, in Italy and all over the world...
Human beings are fragile but it won't be a virus to stop people dreaming!

We are all registered with the Italian Alpine Guides Association and we practice our profession in full compliance with current international UIAA regulations.

Expert mountaineer and founder of "Freemotion". He carries out his work as a guide with seriousness and commitment. In addition to having covered thousands of kilometres everywhere in the Dolomites, Guido has a deep knowledge of them. In his company, as well as not getting lost, you can learn many interesting things about the "most beautiful mountains in the world" and other Italian beauties such as the Amalfi Coast (of which Guido is a great lover), Lake Garda, Tuscany and the Glaciers...

Oscar is an alpine guide who has dedicated his entire life to the mountains. In addition to being a guide, Oscar is also a snowboard instructor and freerider of the highest level. He was the first to follow Guido in his project and he would never go back. With his sympathy and enthusiasm, Oscar is the ideal companion with whom to set off on an adventure in the mountains!

Our wonderful she-guide with tons of hiking experience on the Dolomites. Chiara wastes no time and when she can she is always in the mountains. In summer, in winter, with good or bad weather, for work, for passion, for Chiara mountain comes first. Walking in her company is a pleasure and after going on a hike together, you will always want to go hiking with her!

Strong high-altitude hiker and hiking guide of the highest level. Francesco has made numerous hikes all over the world, from the Himalayas to the Andes via the Alps. Walking in his company means security and his countless acquaintances will keep you company during the whole hike. His favorite terrain is glaciers and high altitude.

The last one to join the "group" and probably the very last one because we don't want to become "big" but offer the best possible quality, and Giuseppe offers it! Originally from the south of Italy he has been living in the Dolomites for more than 10 years where he has always worked as a guide. His southern warmth will keep you company from the first to the last moment.

She's not a guide, but a "no office" secretary! When you write to her, she answers as soon as possible with a smile, probably from the top of a mountain if there is an Internet connection. Her passion for the mountains and nature is endless and thanks to her great experience and knowledge, she is the best "first contact" for the Dolomites and for all the other places where we love to hike.

Have a look at how many hiking tours we offer